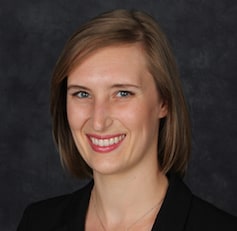 Naomi Huntington graduated from the University of Virginia in 2009 and from the Wake Forest School of Law in 2012.

Ms. Huntington began her legal career as a prosecutor in Pulaski County, Virginia. During her time as an Assistant Commonwealth's Attorney, she became an experienced litigator, prosecuting cases in General District, Juvenile and Domestic Relations District, and Circuit Courts. Her accomplishments included securing convictions following jury trials for defendants charged with murder and DUI maiming.

Ms. Huntington entered into private practice in 2015. At that time, she transitioned from prosecuting to criminal defense work.

Ms. Huntington is committed to providing her clients who are facing criminal charges with a vigorous defense. She believes in a criminal justice system designed to promote due process, fairness, and equality under the law regardless of race, gender, age, economic background, sexual orientation or income.

Ms. Huntington understands that a criminal conviction can have a wide variety of implications on an individual's future. She attempts to minimize those effects wherever possible. Furthermore, she is conscious of the manners in which an individual may preserve the possibility of an expungement under Virginia law, and seeks to ensure that mechanism wherever possible. Ms. Huntington is committed to conducting expungements as quickly as possible for eligible clients.